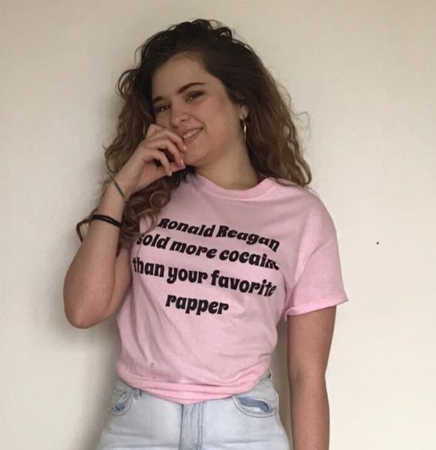 I’m Caroline Rodriguez and I’m a junior Visual and Media Arts major with a minor in Global and Post-Colonial Studies. I joined POWER in 2018 as a Blog Correspondent in order to effectively communicate POWER’s progress and initiatives, as well as the experiences of the student body with the Emerson community.

Hi! I’m Eryn and I’m a Journalism major in the Class of 2022. I’m so excited to be the Journalism senator for POWER because I want to help make Emerson’s education system as inclusive as possible. That way, students from marginalized groups can hopefully feel more comfortable in class and know that they belong at this school. Being a part of POWER has already made me feel like I can bring about change over my years here and I’m so excited to see what I’m capable of and what Emerson’s students and staff can do to make the school a safe space. I’m also starting a community service organization at the school. I’m looking forward to the future and take a moment every day to be grateful for being able to be at Emerson, a member of POWER, studying what I love, etc.

My name is Tay Thai and I’m a senior Journalism major at Emerson College. At Emerson College, I’ve produced the EVVY Awards, multiple shows for The Emerson Channel and held chair positions in my professional cinematic society, Delta Kappa Alpha. I also serve as the Journalism Co-Senator. Throughout my time here, I found that some voices are louder than others. I also found that some of the voices that absolutely needed to be heard were unheard. As a member of POWER, I’m here to empower and give a helping hand to those who have something to say. To be an artist in today’s world, there is a need, now more than ever, to reach the emotional truth and justice for all. Through philanthropic action and fighting for others, I am so honored to represent POWER, the student body and truth during my time at Emerson College.

Hi! My name is SouJee Han and I’m so excited to be the Performing Arts Senator for POWER! I’m currently a junior, majoring in Theatre & Performance. I joined POWER because I found the lack of diversity at Emerson, especially in the theater department, extremely disheartening and unsettling, and wanted to do something about it. I hope my work as a Senator will help shift Emerson’s theater department into a new direction for both the student body and the faculty.

My name is Alyssa Lara and I am a sophomore Visual Media Arts Production major with a minor in Psychology. On campus, I am a Student Ambassador at the Visitor Center. I’ve worked on several BA Capstone and BFA thesis films. My goal as the Visual Media Arts Senator is to advocate for cultural competency in Emerson’s largest academic department.

Hehe, I’m Liza (Yifei)  Xiao originally from Shanghai and I’m a sophomore Marketing Communications major, double minoring Women’s, Gender and Sexuality Studies and Digital, Media & Culture. I feel so honored to have become a member of POWER and I’m also feeling so empowered surrounded by this group of inspiring activists that are constantly trying to make our community more inclusive. Coming from a cultural background where reforms led by non-governmental individuals/groups are basically impossible, I’ve finally found a place where I can not only help make changes to the community but also learn from everyone else. Let’s see what we will do but I’m sure we will do great things like how we’ve always been. 🙂 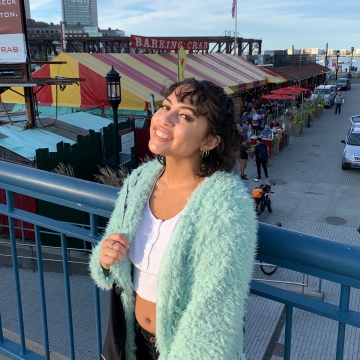 Pronouns: she/hers
Major: Journalism
Hobbies: At Emerson, I am one of the three programming directors for WECB and I also have a radio show (Tuesdays 8-9pm). I also am currently EVVYs Performance Coordinator. Outside of Emerson, I like going to concerts and spending time with myself or my friends.
Why I got involved in POWER: Max Boone, my old roommate and POWER co-chair, told me about POWER and I love the idea of helping give students (especially students of colour like myself) a way to contact the chair and have their voices be heard.